Angelica Ross was born November 28, 1980 in Kenosha, Wisconsin, then raised to the north in nearby Racine. She is an American businesswoman, actress, and transgender rights advocate. After becoming a self-taught computer coder, Angelica Ross went on to become the founder and CEO of TransTech Social Enterprises, a firm that helps employ transgender people in the tech industry. Ross began her acting career in the web series Her Story and starred in the FX series Pose.

She joined the cast of American Horror Story portraying "Nurse Rita" in the ninth season, 1984. In February, Ryan Murphy confirmed her return for Season 10. 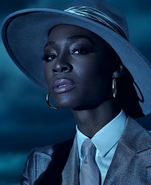 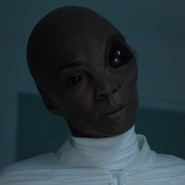