Liv Whitley
Billie Catherine Lourd (born July 17, 1992) is an American actress, daughter of Carrie Fisher and granddaughter of Debbie Reynolds. She is known for her role as Sadie "Chanel #3" Swenson in Scream Queens.

Billie Lourd was born July 17, 1992, in Los Angeles, California, the only child of actress Carrie Fisher and talent agent Bryan Lourd. Lourd is also the only grandchild of actress Debbie Reynolds and singer Eddie Fisher, and the niece of Todd Fisher, Joely Fisher, and Tricia Leigh Fisher, all of whom have worked in show business. She has a sister, Ava, from her father's marriage to Bruce Bozzi, whom her father legally adopted. From her mother's side, she is of Russian-Jewish and Scots-Irish/English descent. Her godmother is actress Meryl Streep. Writer Bruce Wagner is Lourd's godfather. Eddie Fisher stated in his autobiography (Been There Done That) that his granddaughter's name is Catherine Fisher Lourd and her nickname is "Billy".

In 2008 Lourd was a debutante at Le Bal des débutantes at the Hôtel de Crillon in Paris. She was dressed by Chanel for the occasion.

Lourd attended high school at Harvard-Westlake School in Los Angeles. She graduated with a self-designed degree in "Art and Business as Religion" from New York University Gallatin School of Individualized Study, in 2014. Lourd is engaged to actor Austen Rydell, with whom she has one child named Kingston Fisher Lourd Rydell, born in September 2020. 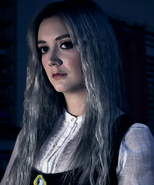 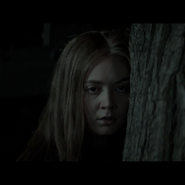 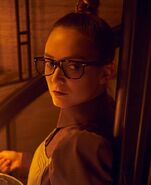 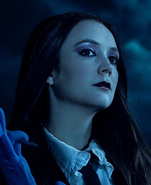 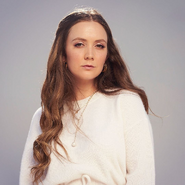