The dark history of Provincetown and its residents are brought to light.[2]

October, five years previously, The Chemist is shown a new home by Holden Vaughn. She recently left a job, and is looking for some quiet. She purchases the house and gets to work on a new formula. Before long, she is crafting black capsules that resemble Muse.

At The Muse bar, Mickey tries to solicit Holden. The Chemist picks him up instead. Rather than sex, she asks the hustler about his dreams. He admits to her that he writes a little, but that he doesn't know if he's any good. The Chemist discloses that she has spent the last nine years working with the United States military to suppress creativity with biochemical engineering. She developed a drug that supercharged the occipital lobe, but that it only worked on the creative test subjects. He declines to be a human test subject for her, but she will give him $50 for any potential subjects he sends her way.

At the bar, Mickey and Karen talk about the depression of the season. He subtly asks if she's creative, but she says she is not. A new singer takes the stage, and Mickey sends him to meet The Chemist.

Belle Noir is being featured at a book signing for "Martha's Cherry Tree", but the event is sparsely attended. The erotic reading she performs — recounting George Washington and a sexual affair — does little to stir the crowd. Even her husband, Ray, is disgusted by the subject matter. The Chemist purchases the only signed copy, to Belle's husband's dismay. Now that he has retired, he is tired of spending time with his wife and thinks her book tour is costly and fruitless. She goes alone to The Muse, where Mickey encounters (and propositions her). She buys him a drink, and they discuss writing as core parts of who they are. He introduces her to meth, and she dances in the bar. The singer from the night before enters the bar, looking ill. He blames Karen for his illness and runs to the bathroom to vomit. Once there, he discovers his hair falling out in clumps; he is to become the first of the Pale People.

When Belle wants to chase further highs, Mickey brings her to the Chemist's home. The bioengineer reads portions of Belle's book to confirm she has talent. Mickey observes as the Chemist explains the side effects of Muse. Belle insists that she needs the spark, and agrees to stick around and let the Chemist study her reactions.

Returning to the hotel, Belle's husband is absent. The drug begins to take effect, and Belle plunges into typing. Hundreds of pages later, she has completed a new novel before he returns in the morning. After a cursory read, he insists that she couldn't have written something so good. When asked, he admits he went on a tour overnight and had sex with a woman on the beach until his return. Enraged, Belle breaks a nearby bottle and slashes his throat. She pounces on his neck and drinks his blood as he dies.

The Chemist confirms that the same thing happened to the ape test subjects, and she explains why. Belle says that her first impulse was to ignore what she did to Ray and jumped directly back into writing a new book.

The singer, still lucid, has lost most of his hair and is looking very pale. It is only day three of his protocol, and the Chemist will not give him another dose. When asked, he says he is not experiencing any violent thoughts (and the he is a Buddhist) but that he is freezing cold. He leaves to buy a coat, and ends up at Lark's storefront. She has many vintage coats that she gives the man to take off her hands. The singer encounters a woman praying in a cemetery. He is compelled to slash her throat with a vase and tears into her throat, drinking. He arrives, face bloodied, on Halloween night to The Chemist's doorstep. He is confused for his sudden bloodlust — he is a vegan pacifist, and doesn't even like faux meat. The Chemist explains that he now hates the world, driving his rage. He breaks down crying, and her words spark him to attack her. She holds him off with a gun and sends him away, but he quickly finds a new victim in a nearby alleyway.

Two years later, also on Halloween, Belle chooses a new wardrobe at Lark's shop. They recognize each other as Muse users. Lark has only been using the drug for the last few months. Belle has since published six best sellers and spawned a film franchise. Lark treats the writer to a dental makeover to go along with her new clothes. Belle enters a drag club, looking for a drink. Drag performer Patty O'Furniture is not popular among her peers, but soon takes the stage as Belle watches. After most have gone home, Belle approaches with a drink. She tells the performer that he doesn't belong there. "Patty" (otherwise known as Austin) wrote a play to be performed onstage locally, but the casting director went missing; unbeknownst to Austin, the casting director was one of Belle's victims. Austin feels like he can't seem to get started. Belle offers him a Muse pill. The drug hits his system quickly, and he has both a new outlook and a new appetite.

The drag performers from earlier in the evening are easy targets for the new duo of blood-drinkers, and they quickly feast. One escapes, running into the night, and ends up in the cemetery as the Pale man's prey.

Ray Cunningham was the husband of Sarah Cunningham. He was not appreciative of her writing talents and did not think she would ever make it.

The Singer was the first talentless person to become a Pale Creature after taking the Muse.

Crystal Decanter was a Drag Queen. 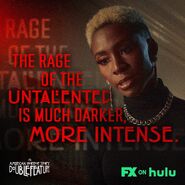 " Send this to your angriest friends." 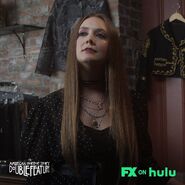 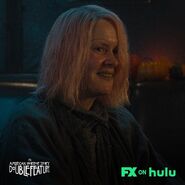 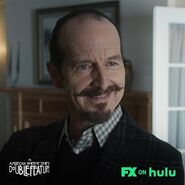 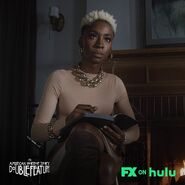 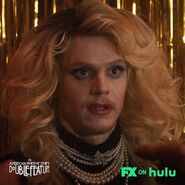 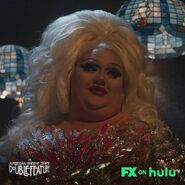 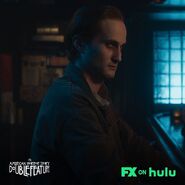