Briarcliff Manor is the central location and focus of Asylum and reappears briefly in Freak Show.

Located in the state of Massachusetts, near the town of Framingham, the manor was built in 1910 and served as the largest tuberculosis ward on the East Coast. During this time, an estimated 46,000 patients died within its walls. The Catholic Church purchased the institute in 1962 and transformed it into a sanitarium for the mentally ill. The sanitarium was directed by Monsignor Timothy Howard and administered by Sister Jude, with Dr. Arthur Arden serving as the chief physician. In 1965, the church sold the manor to the state, before it was shut down in 1971 and abandoned. Though briefly restored as a place of note by Margaret Booth, Briarcliff Manor currently stands in ruin.

The foyer contains a spiraling staircase that leads to the administrative offices. The common room is provided for the recreation of patients. It contains a phonograph which, at the insistence of Sr. Jude, repeatedly plays the song "Dominique" by Jeanine Deckers (a.k.a. The Singing Nun). There are separate wards for men and women which contain rooms similar to prison cells. A sound insulated lower level houses Arden's lab. Adjoining the boiler room is a little-known tunnel that leads to the surrounding tangle of woods, which also houses the terminus of the "death chute"; it was here that victims who had succumbed to tuberculosis would be dumped, and carted to a crematory.

Besides the aforementioned Monsignor Howard and Sr. Jude there are many others administering to the needs of the asylum. Various orderlies and guards look after the patients. Sister Mary Eunice provides assistance to both Sr. Jude and resident physician Dr. Arthur Arden. Other professionals not employed at the asylum are occasionally called upon for services such as psychiatrist Dr. Oliver Thredson and exorcist Father Malachi. 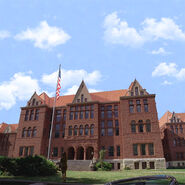 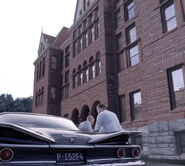 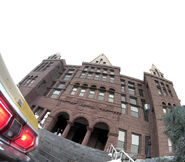 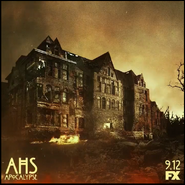 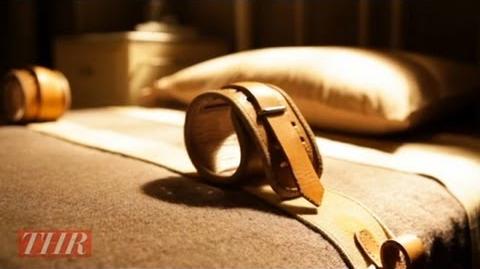