Hotel is the subtitle for the fifth season, or miniseries, of American Horror Story. The fifth miniseries premiered on October 7, 2015 and ran for twelve episodes.

The season's story is set in the Hotel Cortez, an enigmatic, six-storey, art-deco hotel based in Los Angeles. The plot follows The Countess (Lady Gaga), the owner of the hotel, as she tries to protect herself and her children from the fury of her past lover (Angela Bassett) that seeks revenge on her, as well as John Lowe (Wes Bentley), a Los Angeles homicide detective on the task-force for a series of grisly murders that lead him in the direction of the hotel. 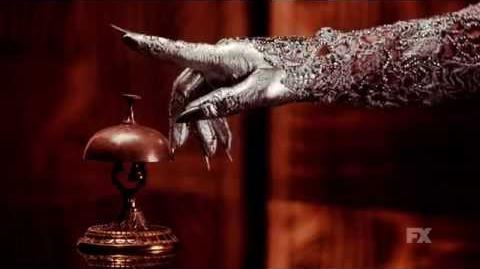 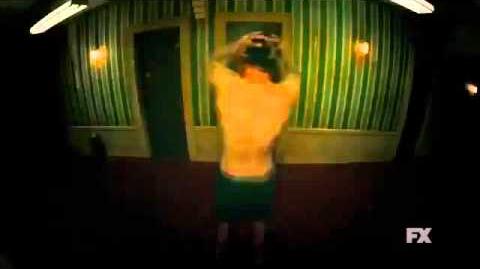 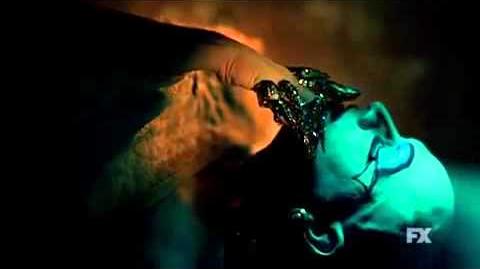 Lady Gaga first announced the season's name "Hotel" on February 25 by publishing a short promo on her Twitter account, in which she also announced her participation.[1]

During PaleyFest it was announced that Matt Bomer, Wes Bentley, and Cheyenne Jackson would co-star.[2]

Afterward, more series regulars were confirmed, including Sarah Paulson, Evan Peters, Kathy Bates, and Angela Bassett.[3] Chloë Sevigny, who starred in Asylum, will return to the series for Hotel. On May 25, 2015, Ryan Murphy announced that Max Greenfield would also be joining the cast.[4]

Emma Roberts and Denis O'Hare were also added to the cast list.[5] It was announced that Emma will be starring in a few episodes before the finale to do "something special" with her off again on again fiancé Evan Peters.[6] It was later confirmed that Emma Roberts won't be part of the Hotel cast after all due to scheduling issues. Instead, American Horror Story veteran Gabourey Sidibe guest starred in the eleventh episode, "Battle Royale", reprising her role as Queenie from the third season, Coven. 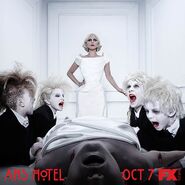 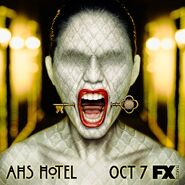