Murder House is the fan-given, retroactively assigned subtitle for the first season of American Horror Story or AHS.[1] It ran from October 5, 2011 until December 21, 2011. First broadcasts[2] of episodes were on FX in the United States.

The Harmons face many conflicts going on in their new home; the primary one stemming from Ben Harmon's (Dylan McDermott) adultery, and the subsequent fallout with his wife Vivien (Connie Britton) and daughter Violet (Taissa Farmiga). Other conflicts include the intrusive behavior of the neighbors, Constance (Jessica Lange) and Adelaide (Jamie Brewer), as well as intrusions from one of Dr. Harmon's patients, Tate (Evan Peters). A parade of mysterious visitors to their haunted home, including the scarred Larry Harvey (Denis O'Hare), make the first year of the Harmons in Los Angeles very dangerous. The house seems to have a vivid history, ranging from brutal murders to demonic manifestations, and it seems to have its own agenda. 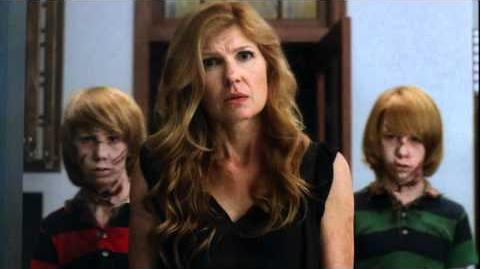 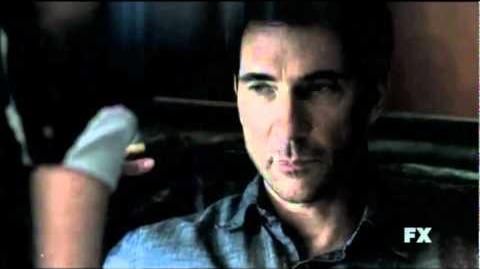 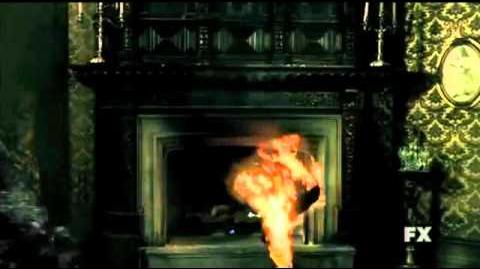 The DVD and Blu-ray releases include special features, including deleted scenes and commentary.

See also: transcribed audio commentary by Ryan Murphy for "Pilot" and interviews with cast and crew

DVD extras found on the fourth disc of the four-disc set of season 1 include: