Cody Fern took part on several theatrical productions such as the Shakespeare WA's production of Romeo and Juliet, Lindsay in the Black Swan Theatre Company's Jandamarra, and The Enchanters at the State Theatre of Western Australia. He also appeared on short films such as Western Australian Screen Award-winning picture Still Take You Home (2010) and The Last Time I Saw Richard (2014).

He appeared as Jim Mason in The Tribes of Palos Verdes and wrote, directed and starred in the short film Pisces opposite Keir Gilchrist in 2017. In 2018, Fern made his television debut in Ryan Murphy’s acclaimed The Assassination of Gianni Versace: American Crime Story as Minneapolis architect David Madson, who was forced to go on the run with Andrew Cunanan. He later portray Duncan Shepherd on the final season of House of Cards in 2018.

He portrayed the Anti-Christ, Michael Langdon, in the eighth season of American Horror Story, subtitled Apocalypse. The following year, Fern returned for another major role, as Xavier Plympton, in 1984.

Cody Fern on his role as Michael Langdon 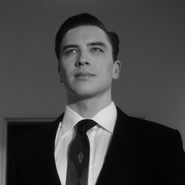 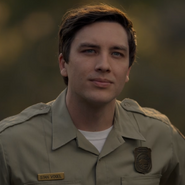