Evan Peters was born on January 20, 1987, to Phil Peters, the Vice President of the Charles Stewart Mott Foundation, and Julie Peters.

When Evan was 15, he moved to Los Angeles with his mother to pursue his acting career. According to Peters, he got into acting because he wanted to meet the Olsen twins.

In 2010, he was rumored to be dating Pixie Geldof, who is the lead singer of a band called Violet. He then dated Alexia Quinn but they broke up as he was filming Adult World.

After filming Adult World with Emma Roberts in 2012, the two began an on-again, off-again relationship. In 2014, Roberts & Peters were engaged. In June of 2015, the two announced their first breakup & the end of the engagement. Later that year, the two reunited. In May of 2016, the two split for the second time. That September, the two got back together yet again. Finally, in March of 2019, the two split for the third time. Accounts of the breakup vary, some saying it was the end of a very toxic relationship, & others saying that the two are still on very good terms.

Peter's ex-girlfriend, Halsey was a fan of him & the show for years before the two got together. His relationship with Halsey ended around March 2020.

In 2004, Peters portrayed Russel in Sleepover. In 2008, he starred as Ross in Remarkable Power' and Max Cooperman in Never Back Down. In 2010 he played Todd in the superhero comedy Kick-Ass. In 2013,he started alongside Emma Roberts in Adult World as Alex.

Peters is mostly noted for playing Peter Maximoff/Quicksilver in X-Men: Days of Future Past and the new X-Men: Apocalypse. Across his career, Peters has guest-starred in many popular TV shows such as One Tree Hill as Jack Daniels, Criminal Minds as Charlie, The Office as Luke Cooper, and The Mentalist as Oliver McDaniel.

Over the eight seasons, he portrayed four LGBT characters; the reenacted Edward Philippe Mott (Roanoke), Kai Anderson ([[Cult), Gallant and Jeff (Apocalypse). He is an avid ally and supporter of the LGBT community. He has also done work on the show Pose with fellow AHS actor Billy Porter.

Moreover, he can be considered a singer because he has recorded songs for Freak Show.

In early 2021, he appeared in Wandavision as Ralph Bohner, otherwise known as Fake Pietro/ ‘Fietro’. He was introduced in Episode 5, towards the end, and was featured more in the Halloween Episode 6. Evan was on Marvel’s page on Twitter, as ‘Uncle P.’, hyping up the project before the season finale. [1] Behind the scenes footage of him in it has also been released.

In april he appeared in HBO's limited series Mare of Easttown in the role of Detective Colin Zabel. He got his first-ever Emmy Award for this role, in the category of Outstanding Supporting Actor in a Limited Series.

Evan Peters is one of the twenty-four cast members that portrayed the same character in different seasons. He portrayed James March in Hotel and Apocalypse. He also portrayed Tate Langdon in Murder House and Apocalypse. Along with Sarah Paulson and Lily Rabe, Peters is one of three cast members to feature in eight seasons of American Horror Story. His only absence was in 1984. In addition, Peters is the longest-serving main cast member of American Horror Story, alongside Sarah Paulson.

He has played Tate Langdon, the ghost of a troubled and murderous teenager in Murder House; Kit Walker, a man who is framed as a serial killer in Asylum; Kyle Spencer, a university student whose romantic involvement with a witch changes the course of his life in Coven. In the fourth season, Freak Show, he portrayed Jimmy Darling, a rebellious human oddity. He was James March, a serial killer who built a hotel with the sole purpose of hiding his victim's bodies in Hotel; Edward Philippe Mott, a gay ghost of great wealth and Rory Monahan, an actor on a hit television series in Roanoke. Evan Peters is the cast member who portrays the largest amount of characters so far, with a total of 16 characters.

Peters portrayed cult leader Kai Anderson in Cult, along with other historical cult leaders when telling stories to his disciples.[1] He portrays Mr. Gallant, an eccentric homosexual hairdresser and Jeff Pfister, a nuclear scientist in the eighth season, Apocalypse; he also briefly reprised his roles as James March and Tate Langdon.

Evan Peters Breaks Down His Most Iconic Characters GQ

Evan Peters Reacts to His Most Famous Killing Scene on AHS 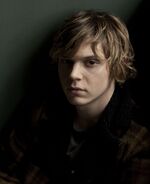 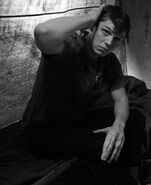 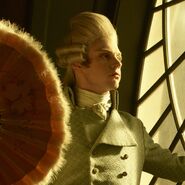 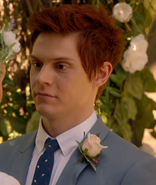 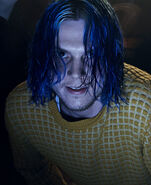 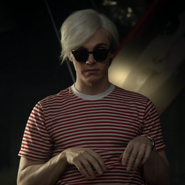 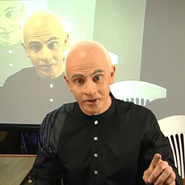 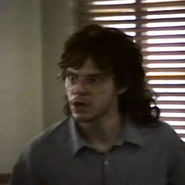 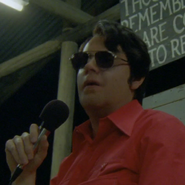 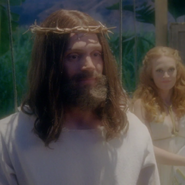 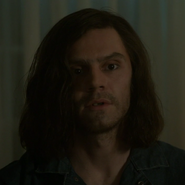 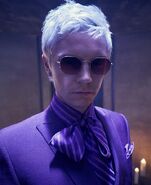 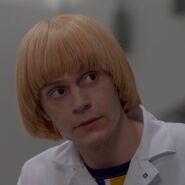 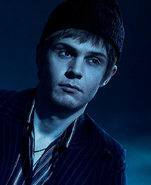