Wittrock was born in Lenox, Massachusetts, the son of Kate Claire Crowley, a professor of occupational therapy at the University of Southern California and Peter L. Wittrock, an actor. He has a brother named Dylan. On his father's side, he is of Danish, Norwegian, and Austrian ancestry. His acting roles include All My Children (2009-2011) and Unbroken (2014).

Freak Show was Wittrock's first season to appear on American Horror Story as he portrayed Dandy Mott, a disturbing man fascinated by "freaks", for which he was nominated for the Primetime Emmy Award for Outstanding Supporting Actor in a Limited Series or a Movie.

In Hotel, he portrayed model Tristan Duffy and Hollywood's divo Rudolph Valentino, both afflicted individuals. In Roanoke, he portrayed the reluctant cannibal, Jether Polk. In 1984, he portrayed Bobby Richter II. In February, Ryan Murphy confirmed his return for Season 10. 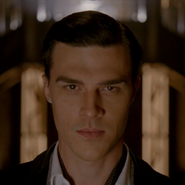 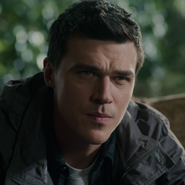 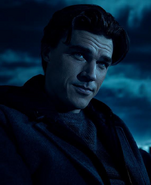