Ma Petite
Jyoti Kisange Amge (born December 16, 1993), a resident of Nagpur, India, is the world's smallest living woman, according to the Limca Book of Records and Guinness Book of Records, who portrays Ma Petite in fourth season of American Horror Story.

Jyoti Amge is a TV personality from Nagpur, India. On December 16, 2011 ‒ her 18th birthday, she was officially declared the world's smallest woman by Guinness Book of Records with a height of 62.8 cm (2 ft 0.6 in). Her restricted height is due to a growth anomaly called achondroplasia.

Amge was featured in the 2009 documentary entitled Body Shock: Two Foot High Teen. She was also a guest participant on Bigg Boss 6, an Indian television show. On August 13th, 2014, she was cast in the fourth season of American Horror Story: Freak Show.

In 2012, she met the world’s shortest man, Chandra Bahadur Dangi of Nepal. The pair posed together for the 57th edition of the Guinness World Records 2013. 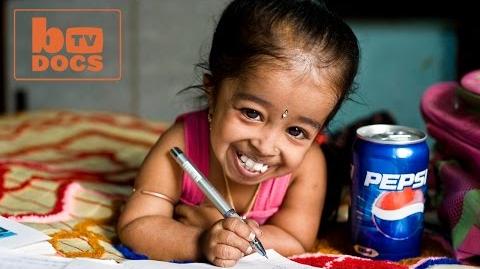 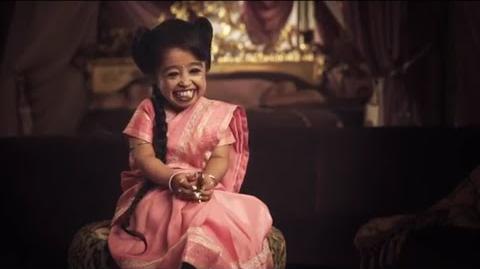 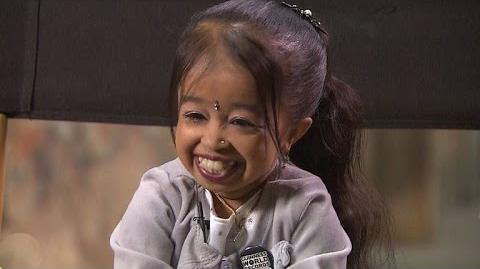 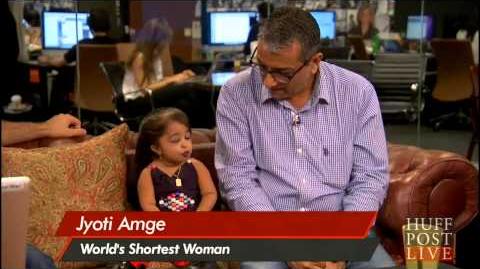