Bomer was born in Webster Groves, Greater St. Louis, Missouri. He attended Carnegie Mellon University in Pittsburgh, Pennsylvania. After graduation, he moved to New York where he starred in the soap opera All My Children.

He has also starred in several films including The Texas Chainsaw Massacre: The Beginning, Magic Mike and Magic Mike XXL

In 2011, Bomer starred in the Broadway debut of Dustin Lance Black's play, 8, a staged re-enactment of the federal trial that overturned California's Proposition 8.

He guest starred as Andy on "Freak Show" and stars in the series' fifth season, "Hotel." 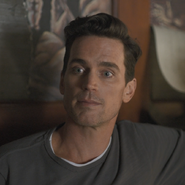