Miss Robichaux's Academy for Exceptional Young Ladies is an all-girls school for witchcraft, this also acts as a safe haven for young witches and a pivotal location in Coven.

Located in New Orleans, Louisiana, Miss Robichaux's Academy for Exceptional Young Ladies is an academy where young Salem witches are automatically enrolled once their powers have been uncovered. It is here that they are taught the history of their kind, how to practice witchraft and how to discover and control their abilities.

The Academy was built in 1790 as a private school for privileged girls but was turned into a military hospital during the Civil War. In 1868, Marianne Wharton, the reigning Supreme at that time, the most powerful witch of the generation and a prominent socialite back then, reclaimed the building and reinstated it as a school as a cover-up, but in reality turned it into a safe haven for young witches to learn and hone their powers.

Due to many women of the bloodline choosing not to reproduce, the population dwindled from at most 60 in the academy, to the presence of just four girls. In 2014, Supreme witch Cordelia Foxx went public about witches, and the number of students at the academy increased to a large number once more.

The Miss Robichaux's Academy exterior and interior follows a very beautiful and well designed Victorian mansion painted with clear and bright, white color for the walls. The exterior is surrounded by numerous Greek wooden pillars with high ceilings and a wooden gray-colored porch surrounding the front and sides of the academy and the doorway is accompanied by two huge Victorian wall lamps. The school is surrounded by lush, green grasses with a few trees surrounding the school and dark, metal, beautifuly-designed fences are situated around the academy. On the left side of the academy, is a more spacious part of the lawn where there is an old fountain situated in its center. The lawn played as the main area where Marie Laveau's zombies waited before they attacked the academy. This is also where Zoe and Nan burned the corpses of the defeated zombies and, later on, where the Witches' Council appeared before Fiona.

The interior of the academy shares the same light as the outside, painted in white that resonates with the light that passes through the rooms. Huge panel Victorian windows and fireplaces are situated on both ends of the house. The front door opens to a room on the left and right as well as leads to a long corridor which ends at a large foyer with two imperial staircases, one on either side of the room.

The Academy is divided in different parts of which each room serves a different function. The list of rooms or spaces are listed as follow:

The Ancestry Room is a huge space with painted white walls, high ceiling with four pillars and windows surrounding the four corners of the room. Two wooden sliding doors are also placed in the room, the one near the main door and the one near Cordelia's office. A huge fireplace is situated just in the middle of two high Victorian windows and pillars. Interior fixtures such as the piano and wine cabinet are also located in here. Aside from a luxurious Victorian furniture set, a coffee table is also situated at both ends of the room, with old hard-bound books located on top of each.

This area is commonly known as the living room where Cordelia and the student witches convene during morning and midday (called the Morning and Midday Gathering). In the Coven arc, most spells and learnings took place here such as Zoe's orientation and history lesson of her kind. The spirit board ritual conducted by Nan, Zoe and Queenie, the Questioning of Madison's disappearance conducted by the Witches' Council, The Bankruptcy Ritual performed by Fiona and Marie, as well as the Sacred Taking also took place here.

The most notable design of the Ancestral Room are the intricately made paintings of the Supremes who ruled the Coven throughout the years.

As the name suggests, this is where the wards of Miss Robichaux's Academy take their meals. The dining room is located just next to the right side of the Ancestral room. Like its sister room, it also has four high Victorian windows, a fire place and four pillars scattered in the area with two doors situated near the kitchen and the main entrance.

When Fiona was a little girl, the dining area extended into the kitchen's coffee space with many tables evenly distributed, this is probably because the school housed many students at that time. However, in Cordelia's time as Headmistress and Fiona's reign as Supreme, the dining hall was downgraded into one huge table that can cater 8-10 people, and now located alone in the middle of the room.

In 2014, The Last Supper was done here, as well as the Trial of Telekinesis performed successfully by Misty, Queenie, Zoe and Madison.

In the Apocalypse arc, the dining room is the most shown location in the Academy next to Cordelia's room. This is where students gather and learn to practice witchcraft.

The Kitchen is where most of the food and dining sets are situated. The kitchen is a long spacious room with a Victorian-style stove, a huge butcher table, and two Victorian pantries. The other end of the room leads to an unknown area, probably the green house. Near the entry way is another door leading to the backyard. At the front of the kitchen is a huge, round coffee table and a television set.

The Greenhouse is a structure just outside the academy, possibly located in the backyard. It looks like an old structure made from reddish-brown bricks with a glass roof. This is where most of the herbal plants are located and cultured and it can also be suggested that most of the potion-making sessions are done here. This location is where Cordelia, and later on, Misty usually hangs out as both share an affinity for herbalism and anything related in-between. The greenhouse is also the area where Cordelia's potion-making set is located, near an old fireplace.

Cordelia's office is located at the left side of the huge staircase. It is a medium-sized room, almost half the size of the ancestral room and dining hall with high ceilings and four high paneled windows. Inside this room is a table where Cordelia does her research and other academic-related duties like interviewing prospective students. Aside from the table, a cabinet is also placed on the left sife of the table while on the right side is a medium-sized wooden shelf with glass doors.

Notable events happened here such as when Zoe, Queenie and Nan banished the Axeman and also where Cordelia and her students planned to have Fiona kill herself.

Bedrooms are rooms where students and staff of the Academy can take their rest after the day. Bedrooms inside the academy vary in size and bed numbers, but it is noted that the largest room belongs to Fiona, or whoever may be the Supreme. The exact number of rooms of the academy remains unknown, especially now that Cordelia made the effort to out the existence of Witches to the world, and the student population of the academy increased considerably.

The stairway is one of the most unique set of interior appeared in the Coven setting. Aside from the single to double staircase feature, the area also contains a space where most witches can gather for celebrations. In the time of Fiona's near ascension to the Supremacy, this is where the students gathered while whoever hosts or spearheads the celebration must take a few steps up the stairs to be seen and noticed. This is also where Cordelia welcomed and gathered the new students of the academy following her remarkable efforts to out the existence of witches to the public and, ultimately, her ascension and introduction as the new Supreme.

A list of the known wards who attend (and have attended) the Academy. 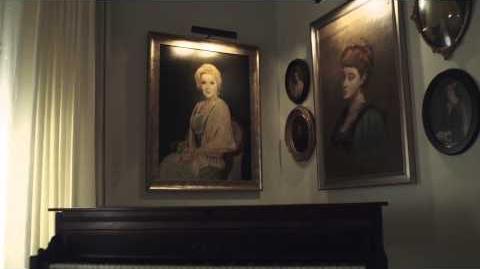 Inside The Coven - Miss Robichaux's Academy 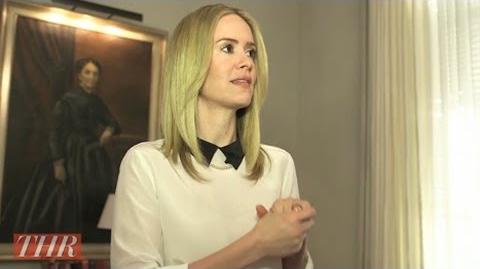 Retrieved from "https://americanhorrorstory.fandom.com/wiki/Miss_Robichaux%27s_Academy?oldid=146602"
Community content is available under CC-BY-SA unless otherwise noted.