View source
watch 03:36
Wiki Targeted (Entertainment)
Do you like this video?
Play Sound

She has appeared twice in American Horror Story as guest star. In the second season of the series, Asylum, she portrayed Cynthia Potter, the mother of a young boy possessed by Satan. In Roanoke, she portrays Mama Polk, the matriarch of a cannibalistic family. 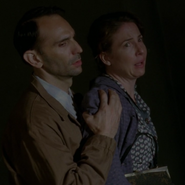 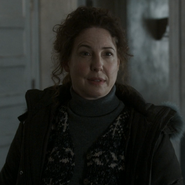