Take Me To Your Leader

Take Me To Your Leader

Max Winkler
"Take Me To Your Leader" is the seventh episode of Double Feature. It premiered September 29, 2021.

A group of college students on a camping trip are swept up in a horrifying and deadly conspiracy decades in the making.[1]

In Albuquerque, New Mexico, housewife Maria pulls a casserole out of the oven and sets the dinner table, as her son, Timmy, plays in the front yard; both awaiting the arrival of the father. In the house, the lights flicker, the record playing Dean Martin's "That's Amore" skips, and the clock spins backwards. Maria goes to the window to find Timmy missing and dust devils blaze over his toy fire engine. She grabs the phone and dials, to find Timmy's voice telling her not to be afraid. She is pulled to the ceiling, and an altered Timmy enters the house and bids her to take his hand. Maria's husband comes home to find his home a wreck and Maria floating mid-air, eyes pure white and glowing; with a flick of her wrist, she explodes his head.

President Dwight Eisenhower plays golf in Palm Springs, when his advisor comes to him with troubling news of an airspace incursion near Edwards Air Force Base. He tries to cover his visit to the base as a dental emergency, but his wife Mamie Eisenhower sees through his story. The Army escorts him to the crash site: an extraterrestrial saucer leaking radiation. A body is found too, which Eisenhower believes is a child. Not far away, a woman covered in geometric patterned scars on her back crouches naked near a scrub tree. The President rushes to her, draping her with his suitcoat, and she gives him her name: Amelia Earhart.

On the base, she tells her tale of how her famous final flight went missing. Her instrumentation went berzerk, everything was bright white, and that is all she remembers before arriving where she was found. She claims the scars on her back were from experiments. When he presses on who did this to her, she falters and asks where she is. When he begins to tell her (and of his identity), she becomes frantic with disbelief before she is sedated.

While they await confirmation of her identity from the FBI, the President's advisor reminds Eisenhower that Earhart went missing in 1937. Though she has not aged a day, her image is identical to the photo Mamie kept of Earhart in her office. The doctor also discloses that examinations show Earhart is two months pregnant.

Eisenhower watches as the extraterrestrial corpse is autopsied, and the scientists find the shell of the body is hollow. A membranous mass leaps from the husk and latches onto the examiner's face. The other examiner tries to rip it off, and it ends up on his face shortly before both men's heads explode. In a panic, the President is escorted away from the observation area to a safe location but is stopped by Maria, whom Eisenhower tries to negotiate with. Instead, she tells him that it is he who will listen to them.

In modern day, Cal Cambon ostentatiously orders sake in a bar while waiting for his friends Kendall Carr, Troy Lord, and Jamie Howard. Troy and Kendall were once involved, but Cal breaks the news that he and Troy are now in a relationship. Jamie has also met a man, but she has allergic sensitivities to his semen. Many sakes later, all but Kendall are deeply engrossed in their phones. She shares that she is shedding technology from her life, based on a lecture on societal adaptation to rapid technology advancement in the last 50 years. She is equally interested in her professor Adam's "Luddite" philosophy as his charisma. She feels greatly relieved now that she is following the lead set by Adam's tech-free lifestyle. The group agree to go on a camping trip in Death Valley and leave their modern technology behind.

Days of camping later, they are unable to find a pond Troy was sure had been there. The track a disturbing smell to dozens of cows slaughtered and mutilated. Kendall examines one, which has been cleanly bisected from snout to tail without any blood or rough tears. She touches the clearly dead bull, and its eyes fly open as it moos at her.

The group frantically pack and flee the desert site. They are an hour from the nearest town when the car goes dead (and the crickets go silent). A bright light shines on the car from above and an extraterrestrial figure approaches the vehicle. Nothing working, and without phones to call for help, the four panic as tentacles grasp them through the car windows. They pass out and soon awake in the car to darkness. They start the car and begin driving again, but quickly realize Jamie is missing. They nearly hit her as she walks in front of the car and collapses in the road. Cam picks her up and loads her into the car, and they also recognize that they awoke in different seats than where they passed out.

Once home, Kendall relates the story to Adam. Adam believes that Cam may have gaslit the group or drugged them all, but Kendall insists he would not have. She asks him for permission to research "lost time" on the internet, and he gently tries to dissuade her (by implying she is not serious about the Luddite lifestyle). She runs to bathroom to vomit. During a phone call with Jamie, they find they are both feeling nauseous. Jamie describes that it feels like a former pregnancy scare she had, though they both admit it is unlikely either is pregnant.

Cam is also feeling nauseous, and he relates the feeling to a case of Giardia he previously had. Soon Troy is feeling the urge to vomit.

Kendall and Jamie take pregnancy tests. Kendall uses Jamie's phone to research alien abduction. Cam and Troy arrive, still feeling poorly. When they describe their symptoms, Kendall urges them to take the same urinary pregnancy test... all four have the same positive results and appear to be pregnant. 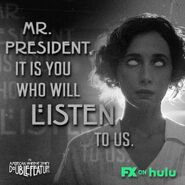 "Def would not argue." 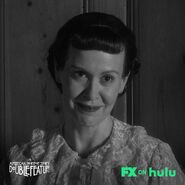 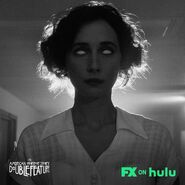 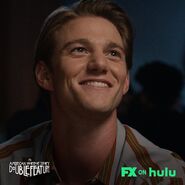 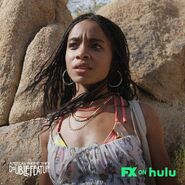 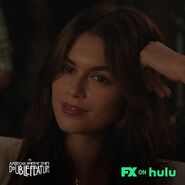 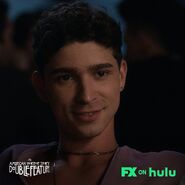