The Mattress Man is a decrepit man sewn within a mattress[1]. He is a character in Hotel portrayed by Alexander Ward.

The Mattress Man is an appellation for a man who was sewn within a mattress in the room rented by Vendela and Agnetha at the Hotel Cortez. He was discovered after Agnetha smelled decaying flesh and their investigation led them to find and remove the irregular stitching which permitted his escape.[2] He was at some point killed and dumped down a chute to the basement, where he has since been joined by the bodies of Agnetha and Vendela.[3]

It is likely that he is not unique and that he was dead when placed in the mattress, which transformed him through some unknown magic into an undead ghoul. It may have also been the fate for Gabriel, who was sewn into a mattress by Sally. Claudia rented the room with Gabriel's mattress, and when she lay down, Gabriel tore through the mattress and escaped unaided. Hysterical, he mistakes Claudia for the woman who sewed him into the mattress in the first place and kills her. Gabriel later realized that Claudia wasn't Sally, and expresses remorse about killing her to John as he is wheeled into intensive care. 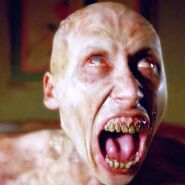 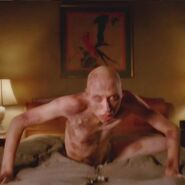