Loni Peristere
"Thirst" is the third episode of Double Feature. It premiered September 1, 2021.

Harry's newfound talent brings an unexpected visitor to town. Alma decides to take matters into her own hands.[1]

Doris frantically scrubs the blood off of a wailing Alma, insisting she needs medical attention and going on about possible Lyme disease. Harry tries to calm Doris down, but she tells him how she found Alma earlier: sucking the blood from a dead rabbit in the cemetery. Before Harry has a chance to process that this means Alma has taken the Muse, Chief Burleson arrives; responding to worried calls from people who had seen a bloody Alma in the cemetery. Burleson wants to bring Alma in for questioning since the torn-up wounds on the rabbit are extremely similar to those found on a man who was killed earlier on the beach (the man Harry murdered at the end of Pale), along with other similar murders that are becoming increasingly frequent. Harry and Doris protest Burleson's orders, wanting to keep Alma at home, but Doris falls down the stairs and has to be sent to the hospital. The doctors there say that her condition is stable, but that they want to monitor her for at least four days before sending her home. Doris panics at this - yet another thing delaying her leaving Provincetown. Harry sends Alma to the vending machine, but both the girl and her father respond to the bags of banked blood on a cart.

Once again, Harry and Doris decide to leave Provincetown. Harry drives Alma away from where they said they were going. They talk about the pill and Alma's response to it. Alma didn't mind eating the rabbit, as she wants to be the greatest — not simply great. Harry explains the price of the pill. Alma agrees to stop taking the pill if her father will.

Harry's writer's block has returned. He digs the pills out of the trash, and gives Alma a dose when she asks. They go out for "very rare" steak. As the two wait for dinner, they discuss logistics: Alma's necessary all-year dosage, tracking her growth and development, and a secret from Doris. Alma proposes that they don't need Doris, but Harry will not have that. He also insists that he procure her blood, rather than her hunting for herself. That causes Alma to respond that she's hungry now. He drives up the coast to "buy a bicycle and DVD player", and the woman cautiously invites him in. Harry is attacked from behind and locked in the basement.

Ursula surprises Harry at home. Harry explains where Doris is. Ursula got a call from Quentin Tarantino, wanting Harry to write a limited series for Hulu. Given some subtext, Harry also intuits that Tarantino is on Muse. Harry deflects by discussing the number of artists in the area and suggesting she eat at The Muse. He warns her about the town's drug problem and to stay safe.

At the bar, Ursula encounters Mickey as Belle Noir and Austin sing a duet. Ursula frustratedly complains at the noise they are making. The pair come over and subtly threaten her. Mickey offers to buy her a drink, but she declines and leaves.

Mickey approaches her the next day on the beach, and asks her to read a spec script. She wonders if he is in a meth haze, but he says he has not smoked in days. She grudgingly agrees to read the scripts he gives her, saying she will burn them if she does not like them. Much to her surprise, she enjoys them. The next day she confronts him, and insists that he can't have written the valuable script she read. She refuses to believe that something odd isn't going on. She admits she recognized Austin and Belle the night before, and Mickey tells her about the local drug, Muse. Ursula demands that he steal more pills from Belle.

That night, Mickey finds a stash of Muse in Belle's house and siphons a few. Meanwhile, the writer trio finds a trio of addicts to feed them. Harry locates a thermos to gather some blood for Alma, noticed by the other two. On the way back, Belle and Austin confront him asking who the blood is for. He admits it is for Alma. They demand Harry cut her off, or Belle will eat Alma. After they drop Harry off, the two agree that Harry and Alma both need to die.

Mickey finds a hustler under the boardwalk and attacks his old friend. His would-be victim fights him off and nearly drowns Mickey in the surf. Mickey hamstrings him and drinks from his throat there on the beach. When he returns to his home, he finds Belle waiting for him. He says he is sorry that he stole the pills but that he is talented enough to not become a Pale man. She will allow him to continue, so long as he tithes back a thermos of blood for her. She also threatens that Ursula must be his next kill.

Burleson interviews a witness to the the beach incident: Holden Vaughn. He says it was a gay-bashing incident. He is an interior designer, mourning his dog while in town.

Mickey breaks into Ursula's hotel room and walks in on her in the bath. She offers him a rewrite of "Speed Racer", his script already acceptred by the studio. She will set him up for further success if he takes her to The Chemist. Ursula intends to make The Chemist very rich, she tells a wary Mickey. The next day, they approach a house and knock. A woman answers, and Ursula bargains for five minutes of the woman's time. Ursula offers The Chemist a distribution deal. The Chemist tells Belle and Austin later that she declined the deal, and she demands the pair kill Ursula, Mickey, and the Gardners.

Ursula babysits a hungry Alma and says she is going to take a nap. Burleson watches Harry leave and Alma lets the Chief in for a talk. The Chief knows that Harry and Alma are involved in the murders of derelicts, and leans on Alma for understanding. She asks if it is a cult or a blood disease. Alma asks if Burleson had a dream. Burleson says she will take Alma to the police station to await Harry for arrest, but Alma jabs the chief in the carotid with a kitchen knife. When Harry returns, he finds that Ursula has taught Alma how to play gin rummy while Burleson's blood pools into bowls below her prone, fireside body.

Melanie and Tony were a couple that kidnapped Harry. 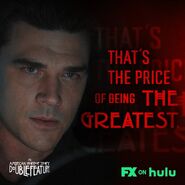 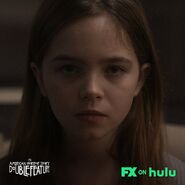 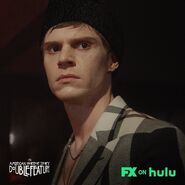 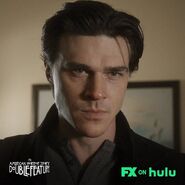 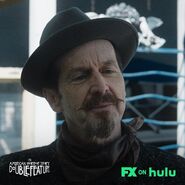 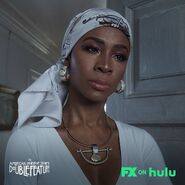 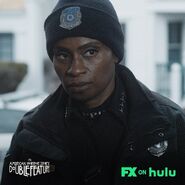 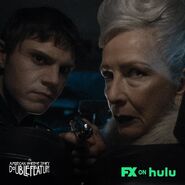