Wesley Cook "Wes" Bentley (born September 4, 1978) is an American film actor who is known for his appearances in the The Hunger Games and American Beauty.

Bentley was born in Jonesboro, Arkansas. He attended the Juilliard School's Drama Division but left the school after one year to pursue his acting career.

Bentley has starred in several films, including the Oscar-winning film American Beauty, The Four Feathers, and Ghost Rider. He starred in the thriller Dolan's Cadillac, based on the short story by Stephen King, and There Be Dragons by director Roland Joffé.

Bentley was one of four subjects in the documentary My Big Break (2009), which documented his immediate fame after American Beauty and his struggles with substance abuse. In 2010, he starred in the premiere of the off-Broadway production Venus in Fur by David Ives. In March 2012, Bentley had a supporting role in the blockbuster movie The Hunger Games, playing game maker Seneca Crane.

In 2012, Bentley also starred with Amber Tamblyn and Vincent Piazza in the indie feature 3 Nights in the Desert directed by Gabriel Cowan. In June 2013, Bentley was selected to star in Ryan Murphy's HBO production titled "Open" along with Scott Speedman.

Wes Bentley portrayed the eerie ghost Edward Mordrake in the fourth season of American Horror Story, subtitled Freak Show in a guest starring capacity. The following year, he was promoted as regular for the role of detective John Lowe in Hotel, investigating the Ten Commandments Killer.

Alongside Matt Bomer, Finn Wittrock, and Cheyenne Jackson, Wes Bentley portrays one of the light-eyed dark-haired men who gravitates around the Hotel Cortez, most of them as Elizabeth's lovers.

In Roanoke, he portrayed Dylan, an actor re-enacting the ghost of Ambrose White in the in-universe horror docuseries "My Roanoke Nightmare".

From Chapter 1 to 5, Dylan re-enacts Ambrose White in "My Roanoke Nightmare". 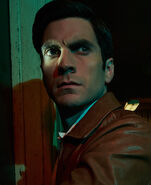 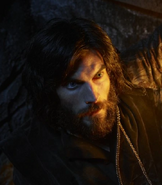 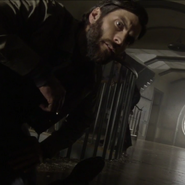